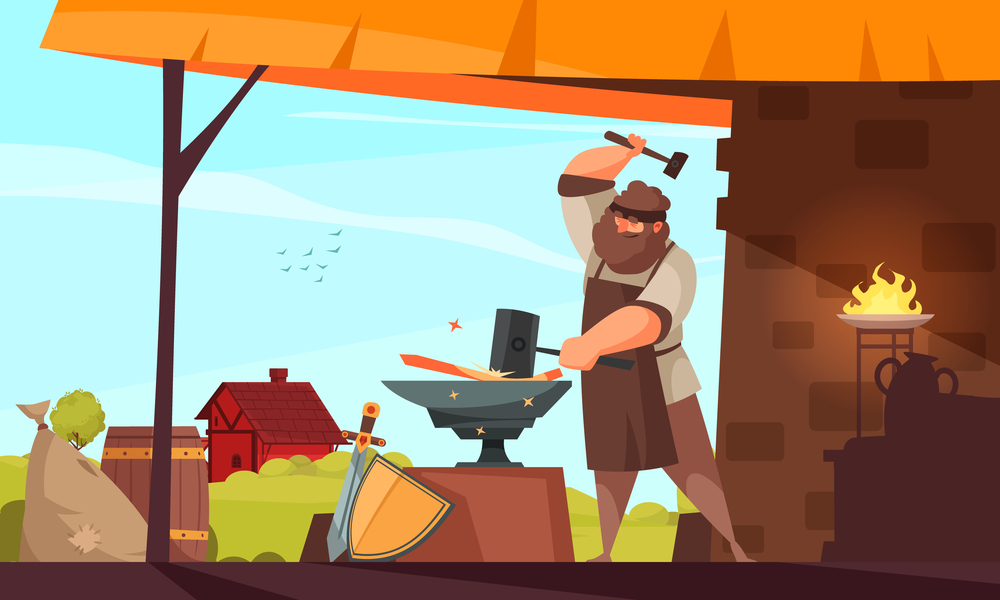 So you’re a Smith, Johnson, Jones, Williams, Anderson, or know many people that are and want to know why are some last names so common?

Whether you remember hearing the same names come up during the school register or know that many sports stars have the same last name, it can be fun to find out the ancestry of common names.

Family names are most commonly derived from places, occupations, and associations. The profession of a person was the most common reason for someone to have a surname, so it is no surprise to see Smith at the top of the most common last name lists in both the USA and the UK.

Let’s take a look at why certain surnames are more common than others and take a closer look at some of the names that always seem to crop up.

Why Some Last Names are So Common

Surnames came into use in the 11th Century, and have developed over time but have been used as a means of differentiating people with the same first name. No two Davids need to be the same, which must have been music to the ears of any teacher in the mid-’90s!

There are various reasons why some last names are so common, even if there is plenty of variety, the same handful of names tend to crop up more than others.

The most common places that last names are derived from include the following:

The most popular are the professional and the relationship-based names, which makes sense since Smith and Johnson are among the most common last names in the United States.

Why Are So Many People Called Smith?

Every town required the services of a Blacksmith once upon a time to make tools, household objects, and armor and weapons. As towns grew, the demand for Blacksmiths increased so it is no surprise that numerous families were adopting Smith as their surname.

A Blacksmith was a consistently important profession for centuries and was linked to the survival of a town. Other last names were less common as other professions were less significant. This is why some last names are more common than others.

Related: Are People with the Same Last Name Related?

What Is The Most Common Last Name In The World?

Some say that Wang is the most common last name in China, although it doesn’t take long to dispute this with other sources that say Zhang and Lir are more common. Wang is shared by nearly 95 million people in mainland China, and means “king”.

With a population of over 1.4 billion people, it should come as no surprise that the most common surname in the world derives from China. There are many last names, but one is more common than others, although it depends on the source.

There isn’t a census to monitor this type of data which makes tracking this information difficult. However, there is no disputing that Wang is an incredibly common name in China, so it makes sense.

The Most Common Surnames In The United States

The most common surnames in the United States are:

Again, this very much depends on where you get your information, but it seems that many of these names feature in most top ten lists, there are some other honorable mentions, but the likes of Smith, Jones, Johnson, Williams, etc all feature heavily.

But what do these names mean? Well we’ve covered Smith so you know it means a Blacksmith or metal worker, and Johnson means “John’s son” but Williams means son of William, and Jones is a derivative of the first name John, Miller is another occupation, and Garcia is the son of Garcia!

Why Are There So Many Last Names?

Last names help to differentiate one David or Hannah from another, with people being able to pick their own when they originally came to light. After this, they were assigned by the government when an immigration officer could not spell the last name, they were given another.

Surnames used to be passed down by mothers and everyone knew each other in the village, so there wasn’t much use for numerous last names.

As time moved on and towns developed, the population increased meaning there was more of a reason to differentiate with new and different surnames.

So the origin of names is fascinating and goes a long way towards explaining why some last names are more common than others.

With a little research, you can often search how common yours is, and the origins behind it. You may already have an indication based on the above, so good luck in your search for understanding your last name better!